The Windows Start menu is the place, where traditionally, you can access all the programs and apps installed on your computer, as well as your file/folders and computer settings. At first glance, it can seem a little daunting and confusing, but it really isn’t once you get used to it. The Start menu in Windows 10 is significantly different to that of Windows 11. In this guide, we’ll be looking at both the Windows 10 and 11 Start menus.

To open the Start menu in both Windows 10 & 11, either left-click once on the START button or press the Windows key on your keyboard, both ways will work. Computer Mouse And Keyboard Basics

Launching A Program From Start Menu.

In both Windows 10 & 11, all your installed programs and apps are listed alphabetically from A to Z on the All Programs list.

In Windows 10, to find a particular program or maybe just to see what’s installed, simply scroll up or down the list.

When you find the one you want, left-click it once and the program will launch (start up).

If you’re using Windows 11, you’ll need to click the ALL APPS button first. Then the programs list will appear. Again to find a program/app simply scroll up or down.

Searching For A Program Or App.

Left-click the Start button and then begin typing the name of the program you require. Windows will try to guess what it is you’re looking for as you type. When you see the program appear at the top of the list, left-click it once to launch it.

Searching By Typing Is Surprisingly Easy.

When you want to launch a program or app from the Start menu, try typing out the program’s name rather than simply scrolling down the list and clicking on it. I know it seems easier to just stick with using the mouse, but once you get used to typing the name, you’ll find that it’s actually a lot quicker and easier.

Windows 10 has a feature called “Live Tiles”. The tiles proved rather unpopular and have been removed from the Windows 11 Start menu. I’d normally recommend that you remove any of the Live Tiles that you don’t use. Let me explain why.

As an example, let’s take the Weather app. This is running and downloading the latest weather reports for my area.

It’s not giving me the forecast, rather it’s telling me what the weather is like right now outside of my office.

Now whilst that is clever, I could simply look out of my window.

My advice is to unpin them. By unpinning, you’re effectively turning them off.

You’re not uninstalling or removing them from your computer, they’re still available on the programs list should you ever want them.

You’re simply turning them off and removing them from the Start Panel.

The actual tiles that appear on your own computer may be different from the ones that I’ve got here. They’ll most likely be a mixture of Microsoft apps and sponsored apps. Either way, it pretty much amounts to a type of advertising. That’s their main purpose. They’re not really there for your benefit.

Once you’ve removed them (unpinned them) you can use the space that they occupy to give you quick access to programs and folders that you do use.

How To Unpin A Live Tile From Windows 10 Start.

To unpin tiles, right-click once on the tile, then left-click UNPIN FROM START.

Generally, I’d say unpin all of them. I’d make a guess and say that you’ve never used any of these tiles, they just take up space that can be used by things you actually do want quick access to.

Although Windows 11 doesn’t have tiles in the same way as Windows 10, it does have a pinned area where you pin useful programs, apps and folders.

The Windows 11 Start menu is split into two halves.

At the top is the Pinned area and below that is the Recommended area.

The apps that are already pinned are a mix of Microsoft apps that you may or may not have to pay for, and sponsored apps that Microsoft are being paid to have there.

My advice is to unpin them all except for one. Only the SETTINGS app should remain.

Most likely you won’t use any of these apps and by unpinning them you can create space for apps and folders that you do use.

Note that in unpinning apps from the Start menu, you’re not uninstalling (or removing) them from your computer. All you’re doing is creating space for more useful apps.

Everything that you unpin will still be available from the All Apps menu (program list). And if you unpin something that you later decide was a mistake, you can always re-pin it.

How To Unpin Apps From Windows 11 Start.

To unpin an app, right-click on it and then left-click UNPIN FROM START.

As you unpin an item, you’ll see that all the others shuffle along and another one appears. It can feel that you’re not getting anywhere (I know the feeling). It happens because there’s another row of pinned items. So as one is removed from the top row, one from the bottom row moves up to take its place.

You can see the second row of pinned apps by clicking on the small dots to the right of the menu.

With everything unpinned, you get a blank canvas on which to build your Windows 11 Start menu.

In that Pinned area, you’ll Pin programs, apps and folders that you use, and by having just a few of them, they’re very easy to find.

How To Pin A Program Or Folder To Windows Start Menu.

Now that you’ve cleared the Start menu of extraneous apps, it’s time to rebuild it by pinning the things you’re going to need or want and it’s incredibly easy to do in both Windows 10 & 11.

To pin a program or folder to the Start menu, simply right-click on it and then left-click PIN TO START.

In both Windows 10 and 11, you can pin folders to the Start menu in the same way.

Simply find the folder you want, right-click on it and then left-click PIN TO START.

You can also pin a program or app from a Desktop shortcut.

When you’ve finished pinning your programs, apps and folders, you’ll probably want to organise (or sort) them into some kind of logical order so that you can find them quickly.

In this respect, Windows 10 is just a little better than Windows 11. With Windows 10, you can group related items on the Start menu, whereas with Windows 11, although you can move them around, you can’t really create groups.

How To Move A Pinned Item.

You can move your pinned apps and folders around on the Start menu by dragging and dropping them. Move your pointer onto a pinned item, hold down the left-hand mouse button, then move your mouse. You’ll see that the item will move with your mouse. When you have the item in place, release the mouse button.

In Windows 10, you can organise your pinned items into groups.

In this example, all the folders are together, then the office programs, and below that are a couple of Windows utilities.

Grouping related items like this makes finding the one you want easier.

In Windows 11, although you can move your pinned items around and sort them into a logical order, it’s not as effective as with Windows 10.

A General Guide To What You Should Pin To Start.

There are three main areas (or locations) where you’d want to have the most important or most used items. They are the Taskbar, the Desktop and the Start menu.

On the Start menu, I’ll generally pin the personal folders that I’m using ie Desktop, Documents, Downloads, Music, Pictures and Videos. Then a couple of programs/apps, such as a word processor and spreadsheet. Then Notepad, Calculator and whatever anti-virus program I’m using. And that’s it. No more than that.

Try to keep your Start menu lean, with just a few necessary pinned items. Don’t fall into the trap of “filling the space”. Lean and mean will make it much quicker and easier to use.

When we’re using our computers, we’re all different. We will use different programs and want access to different files and folders. So this is a very general guide as to the type of things that you should Pin to your Start menu. What you would actually pin might be different and probably should be different, but this could serve as a starting point. 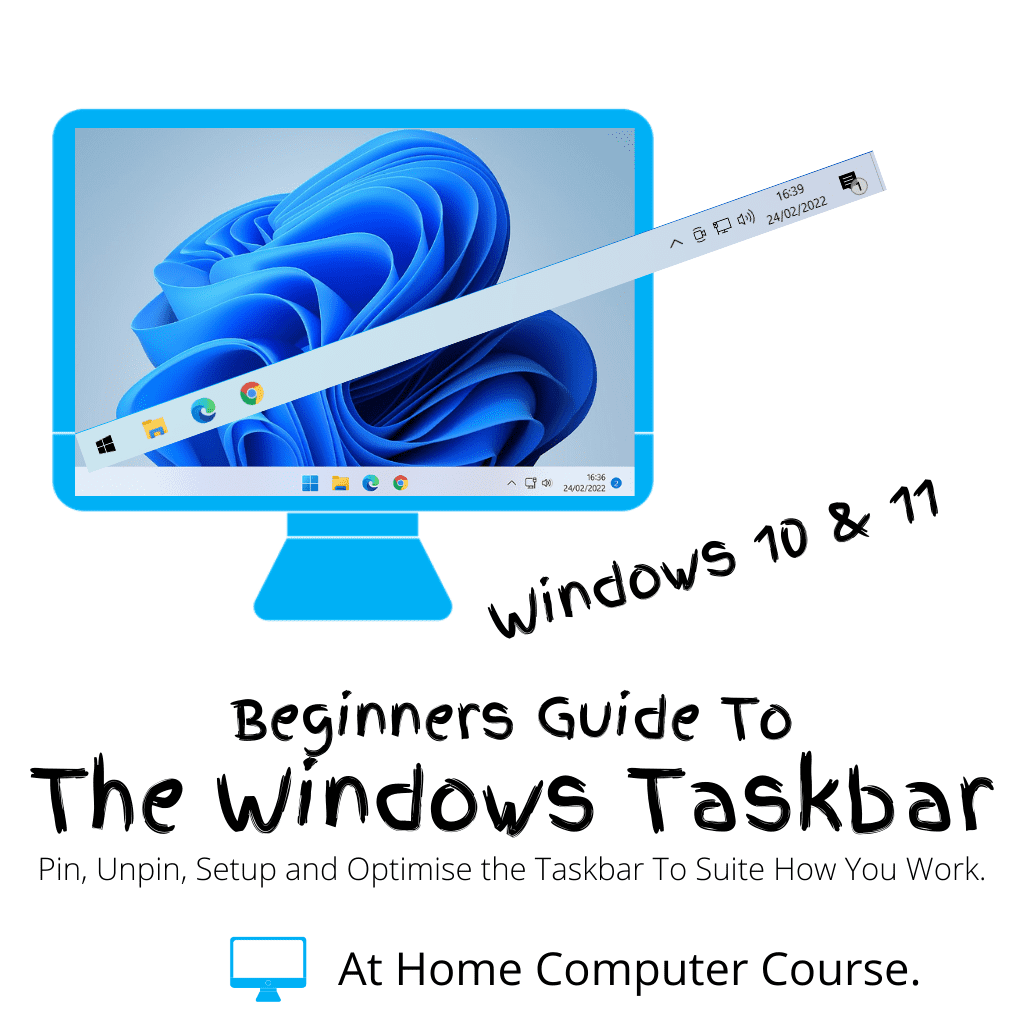 The taskbar is the prime location for your programs and apps. Organise and optimise for an easy life.

The taskbar is the prime location for your programs and apps. Organise and optimise for an easy life.

Next Page
Scroll to Top